The launch of Winemakers Without Borders at Maga Zine Gallery off Hindley Street in Adelaide seemed to go off pretty well last night with a big crowd and an extraordinary cross section of winemakers. Joch went down for the night and showed the 2010 Preservative Free Shiraz and the new (ish) 2010 Battle of Bosworth Chardonnay. He seemed to have a good time, and the after party at new ultra new Press* on Waymouth Street looked pretty lively too. Joch caught up with  Andy Davies who is running the kitchen at Press*.

Louise used to work with Andy and team over a decade ago at d’Arenberg when Andy ran d’Arry’s Verandah and Louise was marketing assistant at d’Arenberg. Some shots of the event below: Joch caught up with Sue Bell from Bellwether wines, Sam Connew ex winemaker at Wirra Wirra and now at Tower Estate in the Hunter, Amanda ‘AJ’ Strawbridge who works for Giesen and the delightful Berenice Axisa all the way from Malta who is plotting and planning with the Leask boys in McLaren Vale. Good night by all accounts. 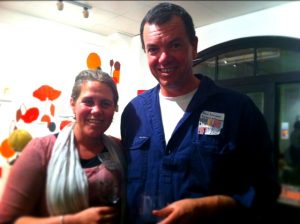 Above Joch and Sue Bell 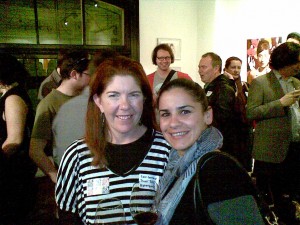 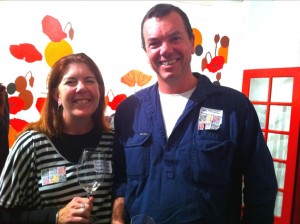