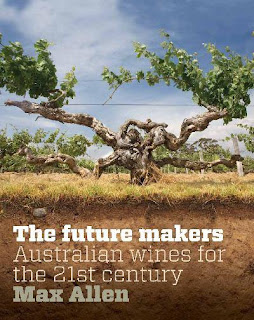 Respected Australian wine writer/ commentator Max Allen’s new book ‘The future makers Australian wines for the 21st century’ was released on October 1st 2010. As well as introducing the areas and people shaping Australia’s wine future, it takes a look at challenges Australia’s winemakers are facing (global warming, glo…bal financial turmoil, oversupply and so on) and their responses to these challenges.

There are regional chapters which feature profiles of top winemakers who are adopting amongst other things more sustainable ways of growing and making their wines to better capture their unique sense of place in those wines…which brings us to Battle of Bosworth’s entry in the book.

Joch is described as ‘one of the most important organic winemakers in Australia because he subverts most people’s preconception of what an organic winemaker should be. For a start he’s not an old, bearded hippy banging on about saving the planet; he looks and acts like one of the mob of youngish, enthusiastic growers and winemakers transforming McLaren Vale at the moment. …it’s precisely because he is so normal that he has been so influential.’

On our Chardonnay Viognier ‘Joch was one of the first in the region to inject some interest and life into his Chardonnay by picking the grapes a little early, fermenting in stainless steel and then blending in some barrel-fermented Viognier: the result is a wonderful tangy white ….’ On our reds ‘rich and exotic shiraz viognier, intensely blackcurranty cabernet sauvignon’.

There’s a fair bit more on Battle of Bosworth; Max’s book is well worth a look for its state of the nation look at the Australian wine industry. It’s a really nice looking book too. Published by Hardie Grant.