Battle of Bosworth were the support act at local restaurant Fino, for Delicious Magazine’s Produce awards. Lunch was excellent, thanks David and Sharon and the wines were pretty good too. 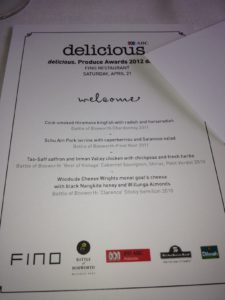 Bozzie was on duty, and had a chat with Michael Smith from ABC 891 about the wines he showed (Chardonnay, Pinot Noir, Best of Vintage and ‘Clarence’ sticky Semillon). Louise just ate and drank. Ian Adam who works cellar door here at BoB won the lucky door prize, a copy of Valli Little’s recent book. 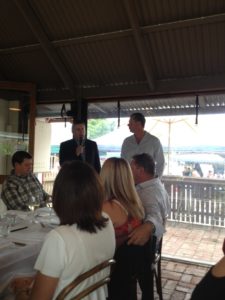 Joch and Louise had a visit from Trudi Jenkins, Editor -in-Chief of Delicious Magazine the next day at cellar door, so it was lucky they had not just returned 20 minutes earlier from a sleepover at Langhorne Creek, stinking of bonfire and wearing the same clothes they had worn at lunch the previous day. Authentic, that’s what we are.

Louise caught up with uber-bloggers Patrick Haddock (www.winingpom.com.au @winingpom) and Andrew Graham (www.ozwinereview.com.au, @ozwinereview) at the Elbow Room restaurant on Branson road. Chef is ex-d’Arry’s Verandah Nigel Rich and the food was excellent. That Bosworth Chardonnay was good too, although after 3 weeks with kids on school holidays I think Louise would rather it was in her glass not lying next to the entree. 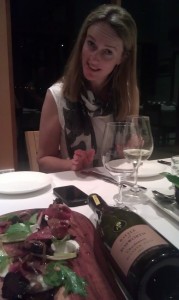 The boys (plus other members of the fourth estate) were in town to taste the 2010 Scarce Earth Single Vineyard Shiraz wines (all 28 of them).  McLaren Vale Scarce Earth wines explores the geological, climatic and soil diversity of the region. All wines come from a single block, a small plot of land with a unique flavour profile and personality. Those last two sentences were lifted from the official blurb that MV Grape Wine and Tourism provided us with, not my words, but you get the drift. 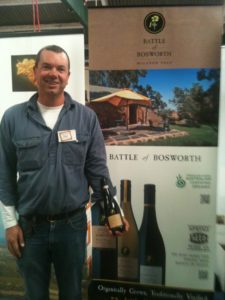 The two Battle of Bosworth Scarce Earth wines will be available in cellar door from May 1st onwards. They will be available as a pigeon pair, allowing the purchaser to compare and contrast the wines in light of their differening geology and soil types. It’s a fascinating exercise. To our mind Chanticleer is more floral and Braden’s has more earth and chacuterie on the nose….

We had some rain last weekend (30mm in fact), which was very welcome. As a true countryman Joch knew this was coming, not by looking at the Elders Weather website, but by having a bogong moth fly into his head and nearly knock him out. These giant moths only come out when rain is imminent, and then only have about 24 hours to go about their breeding business before they pop their clogs. Speed dating extraordinaire. I  googled bogong moths just now, and the site  did not mention their abbreviated sex life, so maybe Joch was lying. Whatever the story, they are a big moth. 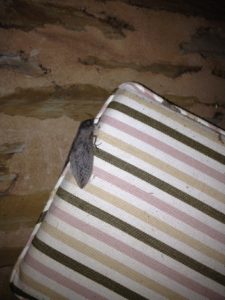 And finally, while we’re in this corner of the paddock,  we had visitors in the vineyard the other day down near Snake Gully. It is a bit  cliched, but everyone loves a kangaroo. 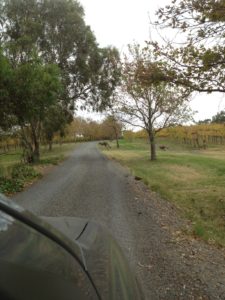