England in spring is delightful, in spite of the 8 degrees and rainy weather conditions I encountered in the first week of my trip. It was about 5 degrees colder in the UK spring than back home in the Adelaide Autumn. However, the horse chestnut trees were out in full flower and they looked magnificent. 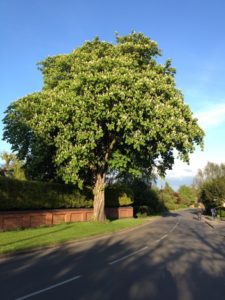 The forget-me-not were out too, and were very pretty  – I recognised them from our Spring Seed ‘Forget-me-not’ Sauvignon Blanc Semillon label. They are much  better in the flesh though. 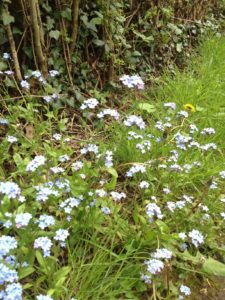 I headed off to the London Wine Trade fair in the second week. The London Wine and Spirits Fair is held every year over 3 days  at the end of May. This was the first time for a long time – 7 years in fact –  that I had visited. The last time I came over was with Joch and the 5 month old Celia, who was refused admittance into the main part of the fair because she was under 18…. Anyhow, the show seemed smaller than I remember, although the venue ExCel out in the Docklands is enormous. Battle of Bosworth was not there in it’s entirety, but represented on our importer Bibendum’s Taste Wall. Bibendum have a big impressive stand, with wifi, always a bonus when you are OS and have your data download function turned off.  Divine light appeared to be radiating down on the stand as you can see below. 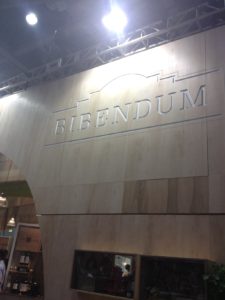 The Puritan Shiraz {no added preservative} was on the Taste wall, an impressive wall of wine designed to help people find out what style of wine they like, and then how to translate that to help the consumer choose the wines they like. Puritan was labelled ‘fruity New World red’. I did query the word ‘fruity’ in connection to the Puritan, to which a passing Bibendum stalwart, Willie Lebus answered ‘but darling, you are fruity’. Indeed.  The Johnny Cash reference below the wine however (see below) more than made up for the ‘fruity’ sobriquet. 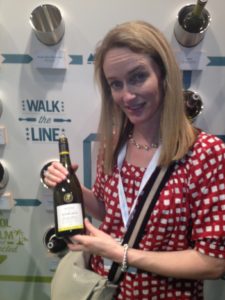 Being at large events like the LIWF generally provides a great chance to catch up with old chums. I caught up with Mark Denison from Hallgarten wines, who I worked with when I was at Penny’s Hill. I also saw Paul Stratford  who first introduced Battle of Bosworth wines into the UK market nearly 10 years ago. Also spotted were former Stratford men Marcus, Ed and Mark Boardman (who got married in the garden at BoB some years ago). Most exciting to see was Charlie Holland, brother of a great friend of mine, who is winemaker at English wine producer RidgeView. I went along to the seminar Charlie was hosting, and tasted a range of the Ridgeview sparkling wines, which were terrific. I resisted the strong urge to heckle Charlie, for which I think he was truly thankful. 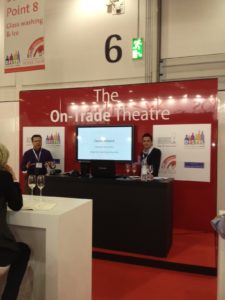 I like to think Charlie cut his winemaking teeth back in McLaren Vale some 10 + years ago, when he was our lodger and worked vintage (harvest) at Tatachilla Winery, back in its glory days. Charlie drove an old white Holden ute of Joch’s (‘Snowy’), which did not have windscreen wipers, and was a ‘three on the tree’  (the gear stick was on the steering column). We would listen every morning and smile to ourselves as Charlie attempted to reverse out of the drive way. Any gear would have done Charlie. Great wines from Ridgeview and a fantastic presentation. 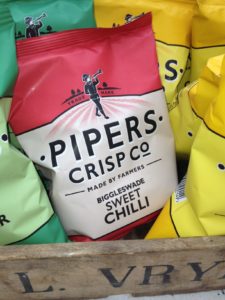 Crisps are what the English call chips. I tried a packet of this brand which I bought at the Fair (the salt and vinegar version) and they were good. I especially liked the ‘Made by Farmers’ part of the label, but would not dare show them to Joch. If ever Joch is interviewed by anyone, he always describes himself as a ‘Grape Farmer’, which makes me shudder, as I want him to say ‘Vigneron’. I think Vigneron more accurately describes what he does, and lends his job a certain romance and gravitas which is lacking in the term ‘grape farmer’. I think if he saw these chips (crisps) he’d get wild ideas about changing our labels. Crisp packet safely in a London bin near Baron’s Court tube station. 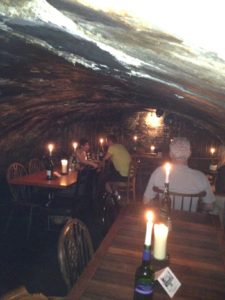 I lunched at Gordon’s Wine Bar (‘oldest wine bar in London’ according to its website) near the Embankment, and it reminded me very much of Chessar Cellars in Adelaide, what with the buffet lunch on offer and all. You could either eat out on the walkway or in the cellars underneath. For the history and literature buff, the building which houses Gordon’s was home to Samuel Pepys in the 1680’s.  There were lots of  wines and sherries available on the list but all I managed was a little Muscadet de Sevre et Maine and a lot of sparkling water, owing to extreme fragility as a result of a late night run-in with this beautiful Nicaraguan rum pictured below. One glass would have been enough.

Last thought from London concerns chocolate. My generous host while I was in London took me to Belgravia for dinner at a pub called the Pantechnicon on Motcomb Street, which apparently is around the corner from the shop which sells Rococo Chocolate. Great packaging (though maybe not the lightest of environmental footprints what with the heavy cardboard box) but great chocolate, which was used as an antidote to the Nicaraguan Rum, the next day. 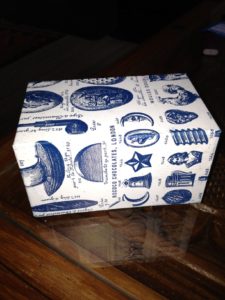