Sunday 30th October saw the James Busby Travel bus roll into town, with Tim Wildman MW leading a group of 13 wine professionals on a tour of the top winemaking regions of Australia. The group were predominantly from the UK, a couple from the USA, one Irishman, Colm who got the tasting started with a plank (you remember planking, surely?) on the wall outside cellar door, as well as a Swede, a Latvian and Sonal from India. 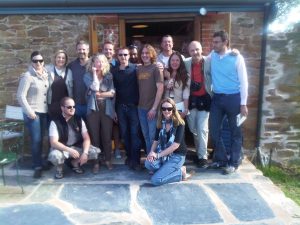 Joch caught up with the group at the Victory hotel for lunch on the Saturday and then took half the group out early morning squid fishing on the Sunday. The end result of this activity can be seen below. Well done Emily O’Hare from The River Cafe. First squid in the bucket AND first person inked, you win hands down! Thanks Carl and Ian for helping catch/ cook. 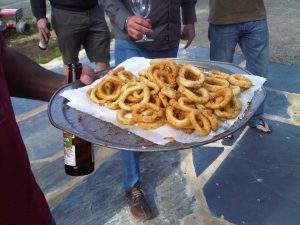 Jacqui from Guy Anderson Wines had a Road to Damascas moment on the squidding trip, discovering the magical and restorative qualities of Bundy and Coke in a can. We sent her off with the last one, looking very pleased with herself. 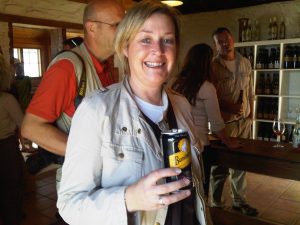 We had a tasting at cellar door and Joch showed currrent release wines, and then a retrospective of The White Boar, our nod (or was that a wink?) to Amarone (and a blending component for our Shiraz and Cabernet Sauvignon). We then looked through the component parts of our new ‘Best of Vintage Wine’ which is to be a Cab/ Shiraz/ Petit Verdot. A later tweet by Tim (@Jamesbusbytrav) suggested that he saw in this wine a discernable “Vale” style: raspberry, spice, chocolate & salt. This wine is going into bottle at the end of this month, which is exciting.

Joch fondly reminisced about his carefree early winemaking days in the shed, showing the 1997 Sparkling Cab Franc, amusingly named the Undi (made by a pair of Jocks – he and Jock Harvey from Chalk Hill Wines, ho ho ho) and the less amusingly named follow up wine. 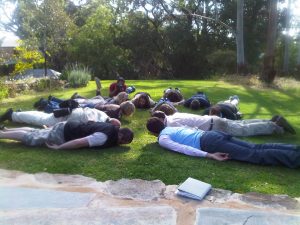 We ended up the visit with a splendid group plank on the lawn outside cellar door, before the group was taken by David Paxton and Daniel from Paxton Wines for a viticultural meander back to the north of the Vale. It was a terrific afternoon, and I do hope that Qantas come to the party and allow the group to head to WA on Thursday and then home on Sunday…