2010 should see Joch and I take the next step in the evolution of Brand Battle of Bosworth and Spring Seed Wines. We will be opening a cellar door and entering the magical world of wine tourism. It will be on the site of an old pig shed on Bosworth’s Denton’s block off Binney Road (which is parallel to Gaffney Road where Battle of Bosworth HQ is located). 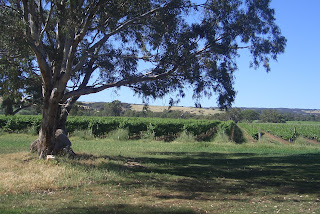 We are using the services of well –known local designer and builder, Jerry Kyte to remodel the shed. Jerry has done a fair amount of work with the Bosworths over the years, and is still alive. Joch famously nearly dispatched Jerry to the great drawing board in the sky when he was mowing some grass and put up a stone which hit Jerry right behind the eyes. All good after a few minutes of being very quiet (knocked out) and a couple of MRI scans. 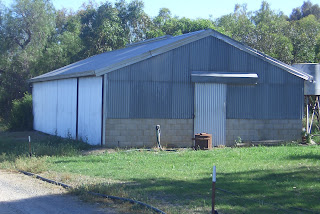 Cellar Door was supposed to be open to the public in the early part of 2010, but look at us now in April with only the end of harvest to show for the last few months of toil. Photos show the shed prior to what promises to be a dramatic transformation. Slowly slowly catchee monkey. 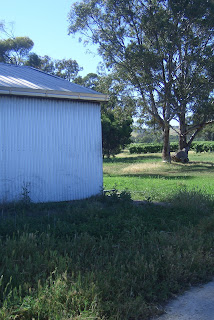