A very quick Bosworth update: We finally had some decent rain in June, then apparently we have had the driest July on record. The vineyards look green and lush however, and the pruning is almost all done now. We have had more rain this month which again, dull as I sound to myself by talking about rain what seems all the time, is terrific. More please even though the cold weather is beginning to wear a bit thin.

Some people had warm weather recently, however. Joch was whisked off to Darwin by mates for his 50th birthday celebrations. One chum had to stay behind as his 2nd baby is due imminently, but he came along as a cut-out on a lolly stick for the ride. … 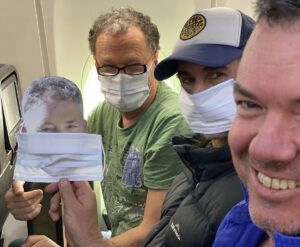 In breaking news, we have retained our Halliday Wine Companion 5 star rating for 2021, which is great news.

I was mulling over things while having a taste of the new Puritan Shiraz – (vintage 2020) and did the maths and realised that it is 25 years since Joch starting running our vineyards organically. It’s only taken me 6 months to wake up to the fact! I must have had other things on my mind. 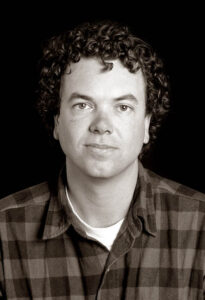 We released another range of organic wines under the Spring Seed label in 2008, a chardonnay and a Shiraz destined for the USA, just in time for the Global financial crisis! We now have 10 SkU’s in Spring Seed range, which include the ‘Gypsy’ NV Blanc de Blanc, the ‘Cockscomb’ Cabernet Sauvignon and the ‘Poppy’ Pinot Grigio.

Joch began the conversion process in 1995 with a small block of some 25 acres of Chardonnay, Cabernet and Shiraz. Over the last quarter of a century he has converted all of our vineyards to organics, as well as our barley  paddock for making our pale ale.

Joch is very modest about his vision, but I like to think of him as an organic and sustainability trail blazer in McLaren Vale. Or, as UK wine man Matthew Jukes said way back in 2005, that Joch is regarded by his peers as an ‘off the wall viticultural genius‘ which is lovely, although I know full well that’s not the only thing they say about him.

How about those youthful curls, above? About 2004 I think. Much greyer now, I might add. 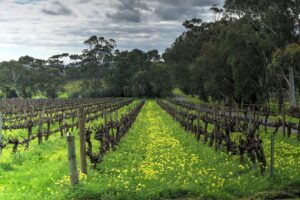 This quarter of a century of organic viticulture is testament to Joch’s vision and slightly unorthodox approach to weed management without the use of chemicals. Who would ever have thought that a noxious (though pretty) weed would have been a force for good?

Joch’s off the wall genius (!) saw him harnessing the soursob by encouraging them  to grow undervine and smother other weeds. They grow quickly with the onset of the winter rains but die back in spring and summer and so don’t compete with the vines for moisture or nutrients. 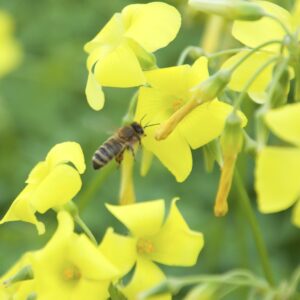 Never mind COVID, our KI wine brand Springs Road has had to survive Bushfire too. For those that don’t know, Joch was having an early mid-life crisis and bought established vineyards (Chardonnay, Shiraz and Cabernet) in 2016 on Kangaroo Island, Australia’s 3rd largest island which is about 3 hours door to door from our Battle of Bosworth McLaren Vale vineyards.

We built a cellar door and released our first vintages back in December 2018. Forward to December 2019 and January 2020 and KI got hammered by fires which burned out the western parts of the island which tragically included most of the Flinders Chace national park, and then headed east towards us, driven by insanely strong westerly winds.

I think in reality what saved us was our neighbours who are farmers. They took it upon themselves to use their big earth moving equipment to carve out huge fire breaks about 5km to the west of our vineyards. I still owe them a bottle or two of wine to say thank you. 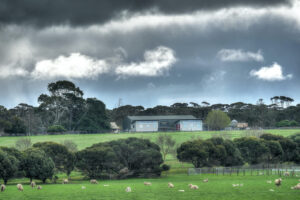 OK that’s about it for now, other than a bit more showing off about a couple of wines from Battle of Bosworth which both scored 95 points in the 2021 Halliday Wine Companion (the wines were judged by Jane Faulkner).

Both our 2017 Bradens and 2017 Chanticleer Single Vineyard Shiraz scored 95 points. I hope this makes you want to buy some, even more so when you read about them:

2017 Chanticleer ‘The wine is polished yet refined in its own way. Savoury tannins have a velvety plushness, fruit really succulent and spicy and the palate full-bodied but not unwieldy’ (Jane Faulkner)

2017 Bradens ‘Fabulous inky purple and the pleasure doesn’t stop with its colour. The fruit in this is gorgeous – intense flavours infused with baking spices and clove/cedary oak. Yet it remains buoyant with almost sweet tannins. Impressive.’ (Jane Faulkner)